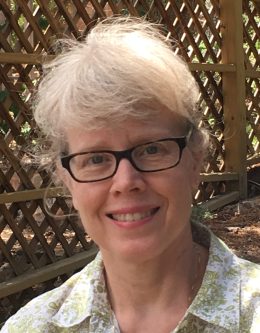 I was going to tell you about why the homeless people who attended my writing workshop in Hoboken, New Jersey, wrote. I was going to turn to the reams of notes I kept over those nine years, the carefully typed record of what they themselves had expressed. I was going to relay Bobby’s words that he liked being “the boss of my own pen.” Or Michael F., who said he wrote “to feel like a free-spirited butterfly.” Studious Patricia, for whom “having the writer’s bug makes me feel good about myself . . . keeps me busy and attentive.” Or Gerome, who created new words and phrases to say what no one else could. For him, writing was “pride mind.”

Instead, I am going to tell you about one writer, a man who was not technically homeless because he had a roof, of sorts, over his head, and four walls enclosing a single room in a run-down three-story tenement with a broken pane of glass in the front door, one of the few buildings to have escaped gentrification in this mile-square city across the river from Manhattan. He earned $6,000 a year as a part-time city street sweeper and ate dinner most nights at the shelter. He did not live there, though once, years ago, he had.

I’d heard R.G. utter “Yes” a few times in his stuttering, gravelly voice, or “No.” Mostly he communicated with notes written in block-ish capital letters on napkins from McDonald’s, or in the margins of newspaper articles (“ARE YOU IN DANGER OF LOSING YOUR JOB?” he once wrote in pencil at the top of a New York Post item about newspaper layoffs a few weeks before the Daily News handed me a pink slip). He wrote on give-away pamphlets from the library (“Making a career change?” said one. “Become a librarian.”) The first poem he ever showed me was written on an index card. “Shade,” it was titled, and dated circa 1967. Once he handed me a flyer for rabies vaccinations. On the back, he had jotted notes on playwriting. And the request presented on half a sheet of notebook paper:

MANDY, CAN YOU USE YOUR COMPUTER TO FIND ME ALTERNATIVE TREATMENTS FOR ALCOHOLISM SUCH AS ‘RATIONAL RECOVERY.’ I CAN’T FIND THIS GROUP IN THE PHONE BOOK AND I HAVE BEEN SICK THE PAST WEEK. R.G.

And every Wednesday night, or almost every Wednesday night for seven years, he wrote at our workshop on legal pads I had snitched from Vanity Fair, where I once worked. He declined a pen, pulling his own out of a shirt pocket, a pocket which bulged with another pen, newspaper clippings, a small spiral notebook held together with a rubber band, and stray napkins. He later wrote that his pockets “serve me as sort of a crude filing system”: a lucky penny dated 1944 in his right jacket pocket lost among packets of sugar and salt from McDonald’s; shirt pockets “jammed full of articles I cut from newspapers with my little knife”; back pants pockets “reserved for those items in an envelope which are not too important but which I have to do something about.”

Every week, he’d plod up the stairs from the basement where dinner was served, to the church sanctuary. We wrote in pews until they took the pews away, and then on collapsible tables, temporary spaces for temporary people. We put the tables and folding chairs away after each workshop, leaving no traces of ourselves except the writing which I took home and typed up because I had a home and that home had a computer. R.G. always sat in a back pew or, when the pews disappeared, apart, if he could, at one end of the table, chair set slightly back to accommodate his long legs. He was, he once told me, six feet, three inches tall, a long-winded statement from him, preceded as were all his utterances by a quick clearing of the throat.

Not once in seven years did he read his own writing out loud. He gave them to me. “STREET SWEEPER’S LAMENT,” I announced the title of the piece he wrote the first night he attended the workshop:

WHY DON’T YOU SOUND YOUR HORN
ON YOUR APPROACH TO WARN
BUT YOU LEAVE ME NO ROOM
WHEN LARGER THAN LIFE YOU LOOM
RIGHT BEHIND ME! (SHOUTED)

I raised my voice for the last line, per his instructions. That made him smile, a stuttering smile, just like his voice, followed by a nervous adjustment of his large, plastic-framed glasses. One of the arms was attached with tape, just like the window in his front door. Then came another Lament:

MY TOES IS FROZE
AND SO’S MY NOSE

When I asked the writers in the group to record why they wrote. R.G. had this to say:

I HOPE THIS DOESN’T SOUND TOO GRANDIOSE BUT WE WRITE, I SUPPOSE, TO LEAVE A RECORD OF OURSELVES, TO SAY, HEY, LOOK, I WAS HERE ONE TIME AND IN THIS PLACE. SOME OTHERS WRITE FOR REASONS OF CRASS COMMERCIALISM—THE MONEY. SOME OTHERS THINK WRITING IS SOMEHOW NOT WORKING (IN THE DREARY, SWEATY SENSE OF THE WORD) AND THAT IT’S BETTER THAN PUNCHING A TIME CLOCK. BUT ASK ANY PRO WRITER, WRITING IS WORK. BUT, I LIKE TO THINK WRITING IS ITS OWN REWARD, THAT WE FEEL BETTER FOR HAVING EXPRESSED OURSELVES.

It has been almost two decades since Richard died and I still have in a file cabinet in a folder marked “R.G.” All his writing, all the notes on index cards and napkins and envelopes, in margins, his notebook held together with the same rubber band.

Mandy Gardner is a freelance reporter and community artist living in the mountains of New Mexico. She has conducted workshops at the Albuquerque jail and in various other community settings. She is the co-author of the National Endowment for the Arts-funded Prison Arts Resource Project, the first annotated bibliography of evidence-based research into correctional arts programs. Her article on homeless writers, “A Space of One’s Own,” appeared this year in Vanderbilt University’s AmeriQuest.