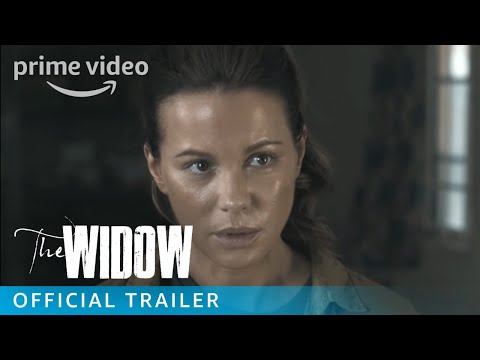 Adrift without any of our favorite On Demand shows on network or cable this summer, my husband and I have been trying out some new shows on streaming (we have Netflix and Amazon Prime). I recently wrote here about Hanna, which we both loved, so we decided to try another new show on Amazon, The Widow, a fast-paced thriller that we both enjoyed.

Kate Beckinsale plays Georgia, a widow living a solitary life in a remote corner of Wales and still clearly grieving over her husband's presumed death three years earlier in the Democratic Republic of Congo (DRC), when a plane crashed and everyone on board was killed. She sees a news story about a riot from DRC on television, and becomes certain she spotted Will, her husband, on the streets. She flies to DRC herself and connects with one of Will's old colleagues, Judith (played by Alex Kingston, one of our old favorites from the days of ER), in the aid organization where he used to work. She also contacts Emmanuel, played by Jacky Ido, whose wife was also killed on that same flight; the two got to know each other in the days after the crash, while waiting for news of its victims. No one else believes that Will is still alive, but Georgia's friends offer to help her, as she follows leads through DRC and Rwanda. She quickly zeroes in on Pieter Bello, played by Bart Fouche, another person she met in the days after the crash, who seems to be somehow involved. Meanwhile, the audience sees flashbacks and present-day scenes of exactly how the plane crashed (hint: not the way it was reported) and that there was one survivor, Ariel, a man from Iceland, who kept his survival a secret because he knew too much about the crash. Georgia follows clues across central Africa, while one dangerous secret after another is revealed.

We both enjoyed this action-packed international mystery-thriller that is something of a mini-series, telling a complete story in just eight episodes. It's one of those stories that is built on a house of cards of lies, secrets, and illegal activities, so there is plenty of suspense that kept us coming back every night to find out what was going on and what really happened to Will. The acting is good, we liked the characters (except the ones we were meant to hate), and we enjoyed the unusual setting, in places we personally know little about. Some of the motivations and explanations for characters' actions seemed a little far-fetched to us, but we went with the flow. On the other hand, there is a very moving plotline about child soldiers, with an outstanding performance by a young girl, Shalom Nyandiko, that we both found very powerful and well-done. There are lots of surprises in this twisty and entertaining thriller, and we enjoyed this short series filled with adventure and suspense.

The Widow is an Amazon Prime original, so it is available only on Amazon, free with a Prime membership.