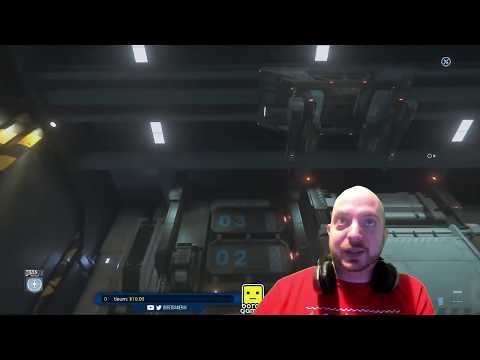 Star Citizen Topics - CitizenCon, Star Citizen Alpha 3.8, New Features, Argo Mole, Crusader Ares & Whatever Else You want to talk about! To ask a question put [QUESTION] in front of your question! SUPPORT BOREDGAMER BY DONATING | https://streamlabs.com/boredgameruk DIRECT PAYPAL DONATIONS | https://www.paypal.me/boredgamer BECOME A BOREDGAMER VIP | https://www.youtube.com/BoredGamerUK/join GET STAR CITIZEN & 5000UEC BONUS | https://www.boredgamer.co.uk/enlist NORDVPN | https://nordvpn.org/boredgamer SHADOW CLOUD PCs | https://shop.shadow.tech/usen/invite/boredgamer GAMEGLASS | https://www.boredgamer.co.uk/gameglass Use code BOREDGAMER for Discounts! PATREON | http://www.patreon.com/BoredGamer DISCORD | https://discord.gg/boredgamer SUBSCRIBESTAR | https://www.subscribestar.com/boredgamer WEBSITE | https://boredgamer.co.uk TWITCH | http://www.twitch.tv/boredgameruk TWITTER | http://twitter.com/BoredGamerUK REDDIT | https://www.reddit.com/r/BoredGamer/ PODCASTS | https://soundcloud.com/boredgameruk T-SHIRTS & MERCH | https://boredgamer.teemill.com DONATE | http://www.boredgamer.co.uk/donate LATEST STAR CITIZEN PATCH ALPHA 3.8.0 LIVE BOREDGAMER GIVEAWAY RULES | https://www.reddit.com/r/BoredGamer/comments/e4z82p/december_2019_giveaway_carrack_explorer_its/ MY SYSTEM SPEC | https://www.reddit.com/r/BoredGamer/comments/6y816w/boredgamer_system_specs/ Star Citizen is an Open Development Alpha Project by Cloud Imperium. It is 2 Games really though, the Persistent Universe that aims to build a First Person MMO Space Sim that encompasses gameplay in ship & on ground, economy and pretty much anything else you can think of. It's built in the StarEngine (a modified Lumberyard Engine). You'll see massive Space Ships that you can fly with friends, land on planets, explore or whatever your way to whatever goal you choose. It's available to try in it's current Alpha State now, you can give feedback & influence the direction of the game BUT it is VERY ALPHA. Squadron 42 is the Single Player Campaign of Star Citizen & the Spiritual Successor of Wing Commander. The Idea is the game is immersive, cinematic, beautiful & seamless... NO LOADING SCREENS once in game. Both Games are currently in the Alpha of their development with the hope that SQ42 Episode 1 is currently pegged to have a feature complete Beta Q3 2020. I am suspecting to see something more like a Star Citizen PU Beta by the end of 2021/22, though it could be a while after that before the game is considered feature complete. Full Disclosure: I am an independent Content Creator & Star Citizen Fan. I am not paid by CIG/RSI in anyway. I am an Evocati Member and as such I am under an NDA for Closed Early Patch Releases of Star Citizen's Persistent Universe, known as the Evocati Test Flight (ETF). Shadow & NordVPN referrals give me a small kickback, however I am not paid by them for any specific videos or promotion. #StarCitizen #BoredGamer #CitizenCon