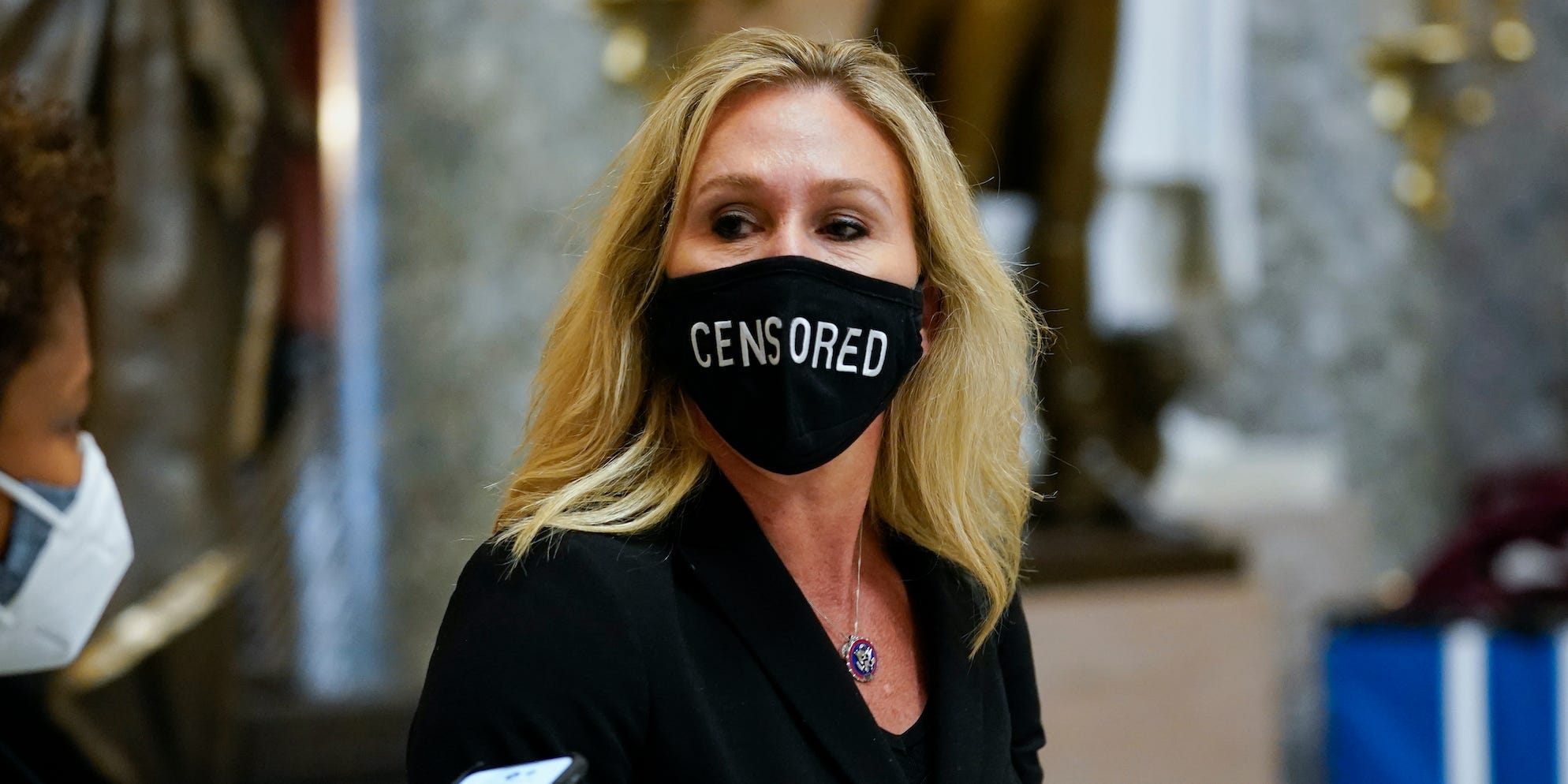 Georgia Rep. Marjorie Taylor Greene suggested Tuesday morning that the pro-Trump mob that stormed the US Capitol on January 6 did not actually consist of Trump supporters.

"If the #Jan6 organizers were Trump supporters, then why did they attack us while we were objecting to electoral college votes for Joe Biden?" she tweeted. "The attack RUINED our objection that we spent weeks preparing for, which devastated our efforts on behalf of Trump and his voters."

Greene's tweet was part of a longer thread about the siege and former President Donald Trump's Senate impeachment trial. It came just days after she clarified on the House floor her long-running support of wild conspiracy theories about QAnon, the 9/11 terrorist attacks, and school shootings. The clarification came as the House was preparing to strip Greene of her committee assignments after media reports detailed her previous support for assassinating prominent Democrats.

"They placed pipe bombs at the RNC and the DNC the night before [the siege]," Greene tweeted on Tuesday. "They did NOT just target one party. They targeted Republicans and Democrats. They were against the government ALL together."

"The Capitol attack was planned and organized, NOT incited in the moment by President Trump, and NO Republican Member was involved," Greene continued in her Twitter thread. "We were ALL victims that day. And once again, Trump is the victim of the never ending hate fueled witch hunt."

Reached for comment, a spokesperson for Greene replied, "You are fake news. She simply said organizers."

The House of Representatives impeached Trump last month on a charge of incitement of insurrection related to the Capitol siege. His Senate trial will begin on Tuesday afternoon with a debate over the constitutionality of holding a trial in the first place, given that Trump is now out of office.

A two-thirds majority is required for the Senate to convict and remove an official from office, and potentially bar them from ever holding public office again. Democrats have a bare majority in the upper chamber - 50 seats plus Vice President Kamala Harris' tie-breaking vote - meaning at least 17 Republicans would have to break ranks to secure a conviction for Trump. That's highly unlikely given that 45 Senate Republicans voted last month to declare the trial unconstitutional before it even began.