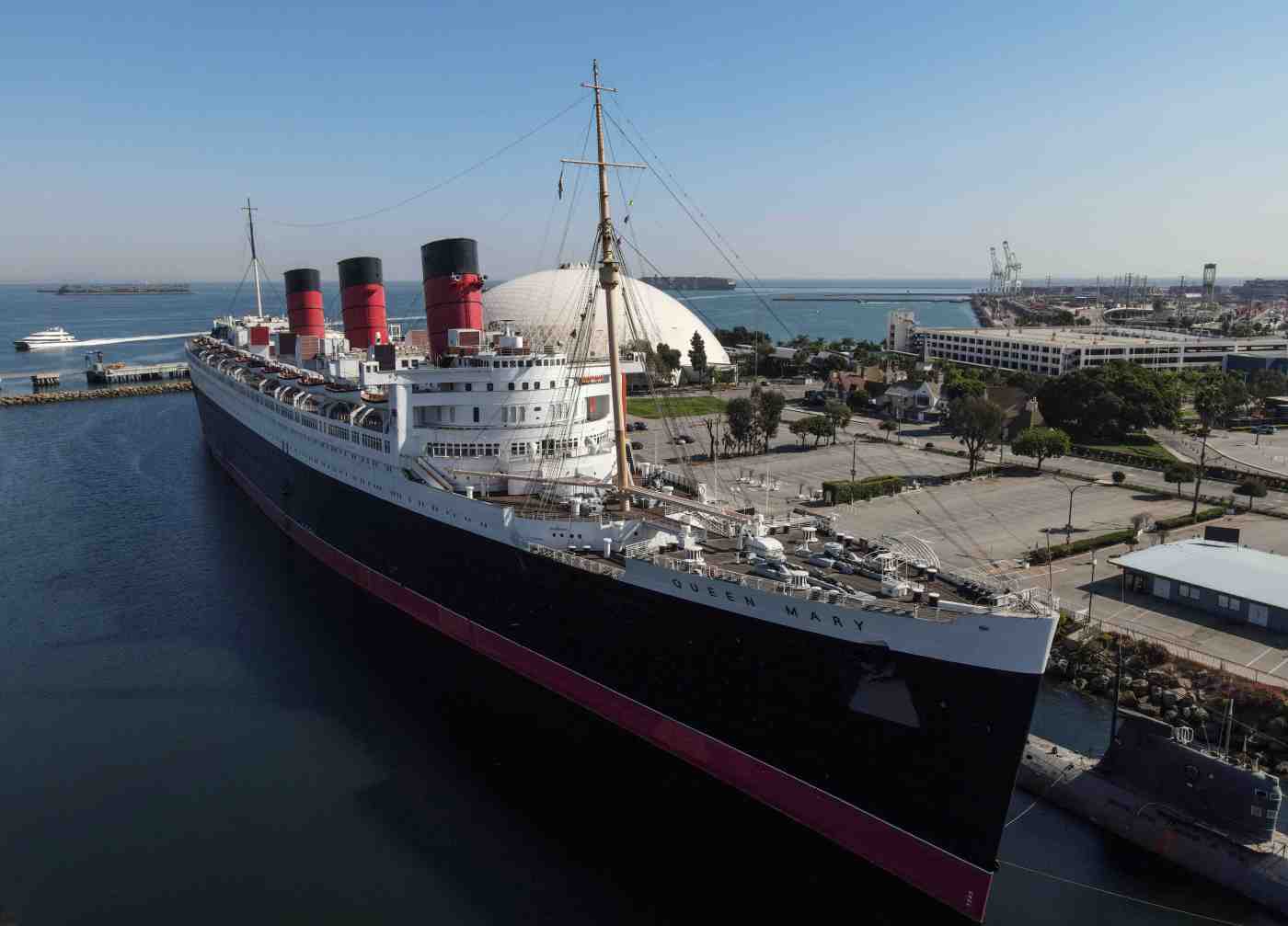 Firms behind Queen Mary management and hotels in Pasadena, Anaheim and Palm Desert file for bankruptcy

More than two dozen companies associated with Urban Commons, the real estate firm that has been tasked with managing the Queen Mary and owns hotels across Southern California — including in Pasadena, Anaheim and Palm Desert — have filed for Chapter 11 bankruptcy.

The voluntary petitions for bankruptcy, which were filed this week in the Delaware district of the U.S. Bankruptcy Court, impact 27 subsidiaries and affiliates of Eagle Hospitality Trust, which oversees 18 U.S. properties through Urban Commons and other corporations.

The corporations that were listed in the bankruptcy filings included:

A representative for Urban Commons did not respond to multiple requests for comment.

By filing for Chapter 11 bankruptcy, the corporations have signaled their intent to reorganize their structures to keep the businesses afloat and pay creditors over time.

The filings, on Monday, Jan. 18, came months after Pasadena first sued Urban Commons and several of its associated businesses for failing to pay $840,000 in taxes and fees owed by the Sheraton Pasadena, which Urban Commons owns.

One of Urban Commons’ associated companies, EHT SPH LLC, settled with the city in September, agreeing to pay $209,561 every month from October 2020 to January this year, with an additional payment in February for any interest or penalties that accrued over the plan’s period.

But that’s the last Pasadena city officials heard from the company.

Neither Urban Commons nor any of its associates or subsidiaries has made any of the promised payments to the city, and they’re already behind $630,000, according to a December lawsuit from Pasadena.

The city called on the courts to force Urban Commons, or any of its associates, to cough up the $840,000 it agreed to pay the city to end the dispute. Since then, the amount of money owed, according to Chief Assistant City Attorney Javan Rad, has grown to roughly $1 million.

The firm that Pasadena settled with was not among the entities that filed for bankruptcy this week, and Rad said Wednesday that the city will continue its legal efforts.

“We will continue to pursue our litigation,” he said in a statement, “in our efforts to collect the approximately one million dollars in wrongfully withheld taxes.”

The real estate firm has faced similar, though less extreme, troubles in Long Beach. In late 2019, city officials issued a notice to the company that it was in danger of defaulting on its Queen Mary lease because of its failure to complete urgent repair work. Around the same time, Long Beach’s third-party inspector for the Queen Mary began speaking publicly about the lack of maintenance and repairs that he saw on the ship.

But early last year, the city ended its longstanding contract with the inspector.

Long Beach officials, though, have repeatedly stood by Urban Commons in the face of criticism.

“I can say without any reservations that the ship is far safer than it was three years ago, or the day before Urban Commons took over the contract,” Long Beach Economic Development Director John Keisler said in a 2019 interview, shortly after he advised the firm that it could default on its lease.

But in December 2019, City Auditor Laura Doud announced that she would begin an audit of the city’s Queen Mary lease agreement with Urban Commons. Doud has not yet released the results of that audit.

A Wednesday statement from the city said Long Beach is “concerned” about the bankruptcy filings.

“The City is concerned with this development, as the company has a long-term obligation to ensure the upkeep and operation of the City’s asset,” the statement said. “The City will be requesting information from (Eagle Hospitality Trust) to understand their immediate operational plans and will take appropriate legal steps in the process to ensure the City and the Queen Mary are protected.”

Long Beach City Manager Tom Modica, the statement said, will schedule an open discussion with the City Council next month “to review the situation, the future plans, and the requirements that EHT has to the City under the Master Lease.”

Anaheim, meanwhile, did not say what impact, if any, the bankruptcy filings could have on that city.

Anaheim spokesperson Mike Lyster said he could not comment on whether the city has faced similar troubles to Pasadena and Long Beach in working with Urban Commons. But in terms of the broader impact of the bankruptcy filings on the city, Lyster said it’s been clear already that the coronavirus pandemic has hit the hospitality industry particularly hard.

“We never like to see the uncertainty of bankruptcy touch hotels in Anaheim,” he said in an email. “While this filing appears to have some unique factors to it, the coronavirus economic crisis has hit hotels in our city hard. We brace for other cases where hotel operators can’t hold out in these challenging times.

“Thankfully, we are starting to see progress in bringing down COVID-19 cases and vaccinating people here in Anaheim, with a goal of saving lives and reopening our economy,” Lyster added. “At the right time, we expect to see Anaheim’s hotel and tourism industry recover.”

Representatives for Palm Desert did not respond to requests for comment.

Sign up for The Localist, our daily email newsletter with handpicked stories relevant to where you live. Subscribe here.

Firms behind Queen Mary management and hotels in Pasadena, Anaheim and Palm Desert file for bankruptcy