Don't Be a Racist!

The following short essay is part of a project initiated by The Sociological Cinema to introduce young people to sociological ideas and explanations regarding important social issues. In this case, I met via Zoom with one precocious young sociologist named Aeonian for about 30 minutes each week from April to December 2020. Drawing from a wide range of resources, including The 1619 Project from The New York Times, we surveyed the history of race and racism in the United States. With our final class approaching, I asked Aeonian to write down her thoughts about the cause of racism and what can be done to end it. What follows is her answer. 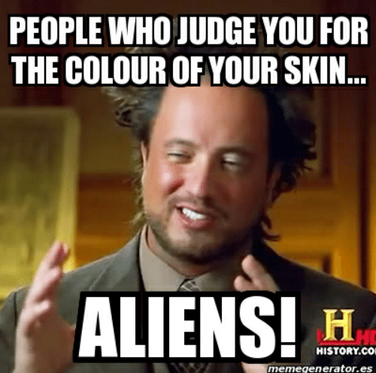 Consider John H. Brown, who was a white abolitionist leader in America. He was able to support the abolitionist cause by becoming a conductor on the Underground Railroad and by establishing the League of Gileadites, an organization established to help runaway slaves escape to Canada.

Whether people are Black, Indigenous, Asian, Hispanic, or white, the point is everyone should be against racism and willing to risk their lives to save other people’s because we all need to help each other.

Aeonian A. is a 5th grader in Connecticut. In her free time, she likes to read books, such as Fuzzy Mud or Holes, and she likes to play video games with her friends.  Her favorite subjects are writing, reading, and sometimes math.

Don't Be a Racist!